Dialogue is the bread and butter of journalism – with sources, with audiences, with editors and with other peers. The Solidarity Academy – Baltic Sea Youth Dialogue offers young journalists (through age 30) from countries in and around the Baltic Sea a unique opportunity for structured dialogue that will sharpen their skills, broaden their networks, and offer new perspectives on a range of crucial issues. The discussions will take place in Gdansk, a site of historic importance for democratic Europe, and in Kaliningrad, a location where many of Europe’s recent and current challenges can be seen first-hand.

The week-long seminar is an international project aimed at inspiring and supporting the development of the young intellectual elites in the Baltic Sea region.
At the workshops and lectures held during the Solidarity Academy-Baltic Sea Youth Dialogue, 16 young journalists will have the opportunity to expand their knowledge and improve their skills in such issues as geopolitics or liberation movements on both a local and global/ European scale and the Baltic Sea region in particular. Dialogue of this sort, and the results of the projects as well as the participants’ future work, can play a key role in the early recognition and prevention of regional crises.

Eligibility
The Solidarity Academy team is looking for 16 active, aspiring and young (20-30 years old) journalists from the member and observer states of CBSS who are willing to improve their editorial and journalism-related skills and engage themselves into the international networking process.

Costs
Organizers cover the costs of travel (up to €300) and the participants’ stay in Gdansk, trip to and from Kaliningrad and stay in Kaliningrad.

Agenda of the project and program of the Academy
The agenda of the project:
23 September: deadline of the call for applications
30 September: deadline of the recruitment results
13 - 20 November: Solidarity Academy in Gdańsk (6 days) and in Kaliningrad (2 days)
30 November – 31 December: implementation of the final project
The program of this year’s Solidarity Academy is attached to the call for applications.

Language
The working language of the project is English.

Trip to Kaliningrad
Part of the program of the Solidarity Academy – Baltic Sea Youth Dialogue will be held in Gdansk (6 days) and part (2 days) in Kaliningrad. The event will offer particular experiences of cross-border cooperation and broadening the focus on Baltic Sea regional cooperation.

Participants’ commitments
Applying to the Solidarity Academy – Baltic Sea Youth Dialogue applicants are expected to be aware of:
• The project’s aim, main values and rules;
• The project’s agenda (especially the fixed dates);
• The costs of travel that participants will have to cover on their own (up to € 300);
• The full commitment and engagement into the implementation of the final project and other project tasks according to the agenda.

We are looking forward to meeting you in Gdansk!

The project is part of an initiative of German Foreign Office, using youth cooperation as an instrument for conflict resolution. 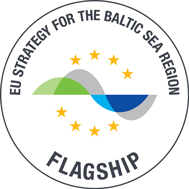